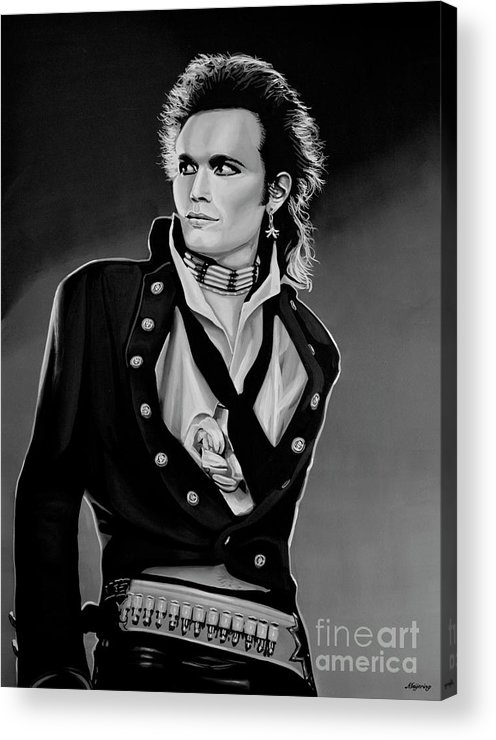 Adam Ant Painting acrylic print by Paul Meijering.   Bring your artwork to life with the stylish lines and added depth of an acrylic print. Your image gets printed directly onto the back of a 1/4" thick sheet of clear acrylic. The high gloss of the acrylic sheet complements the rich colors of any image to produce stunning results. Two different mounting options are available, see below.

Realistic acrylic painting of the British singer and musician Adam Ant, painted by the Dutch fine artist Paul Meijering - the Original painting is 120 x 90cm and SOLDAdam Ant (born Stuart Leslie Goddard; 3 November 1954) is an English singer and musician. He gained popularity as the lead singer of post-punk group Adam and the Ants and later as a solo artist, scoring 10 UK top ten hits from 1980 to 1983, including three UK No. 1 singles. He has also worked as an actor, appearing in over two dozen films and television episodes from 1985 to 2003.Since 2010, Ant has undertaken an intensive reactivation of his musical career, performing live regularly in his hometown of London and beyond, recording and releasing a new album and completing three full-length UK national tours, two US national tours, and an Australian tour.