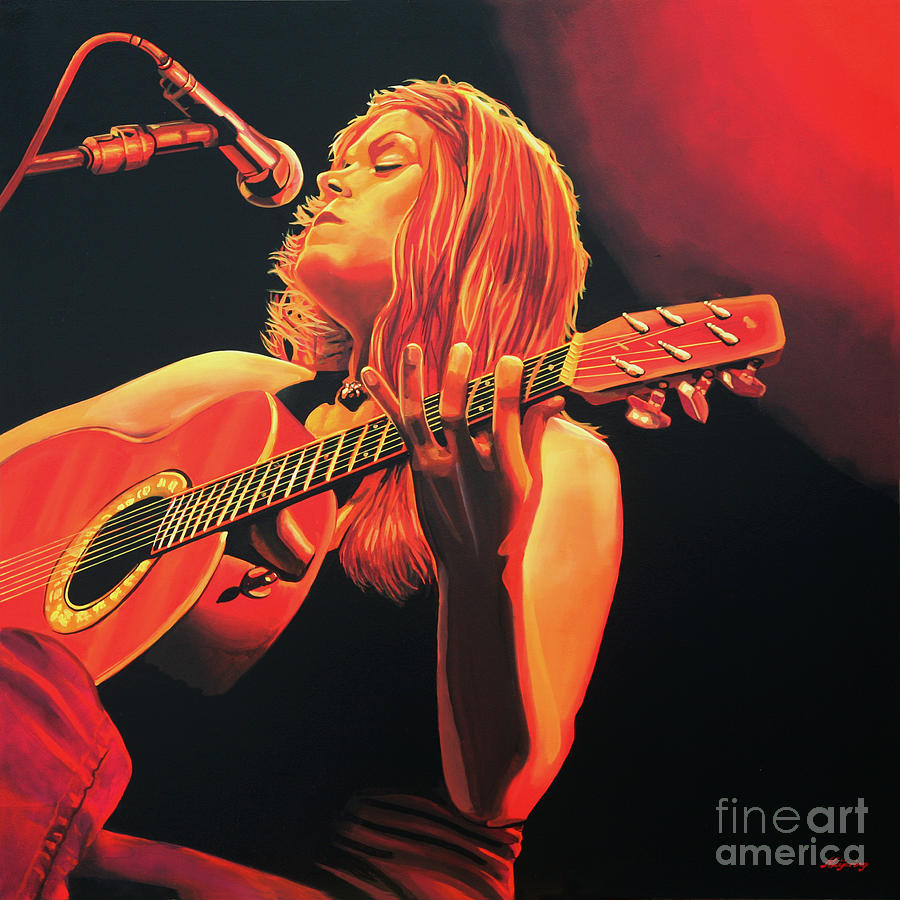 Beth Hart - Realistic acrylic painting of the American singer, songwriter and musician Beth Hart, painted by the Dutch fine artist Paul Meijering - the Original painting is 90 x 90 cm and in the possession of miss Beth Hart herself...

Beth Hart (born January 24, 1972) is an American singer, songwriter and musician from Los Angeles, California, United States. She rose to fame with the release of her 1999 single "LA Song (Out of This Town)" from her second album Screamin' for My Supper. The single was a number one hit in New Zealand, as well as reaching top 5 on the US Adult Contemporary and number 7 on the Billboard Adult Top 40 Chart. The song also aired during Episode 17 of the 10th and final season of Beverly Hills, 90210. Beth Hart also delivered music to the end-scene of the last episode of Californication season 6, with "My California", Subsequent albums namely Seesaw and Live In Amsterdam by Beth Hart and Joe Bonamassa, achieved number 1 status on the Billboard Blues Album Chart. Hart's release Bang Bang Boom Boom rose to number 3 on the Billboard Blues Album Chart, as well as the album Don't Explain by Hart and Bonamassa. The album Seesaw rose to number 8 on the Billboard Top Independent Album Chart. Hart has had two number 1 singles in Denmark "As Good As It Gets" and "Learning To Live", as well a platinum selling album, Leave The Light On.

Hart's first album with Bonamassa, Don't Explain, went gold in The Netherlands. In 2014 Hart was nominated for a Grammy Award for Seesaw and she was also nominated for a Blues Music Award in the category 'Best Contemporary Blues Female Artist'.