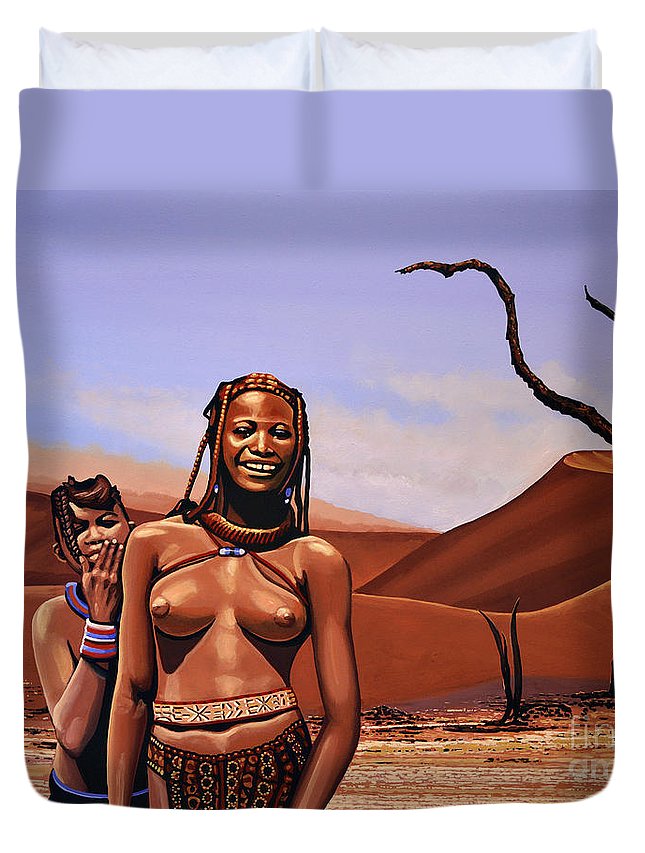 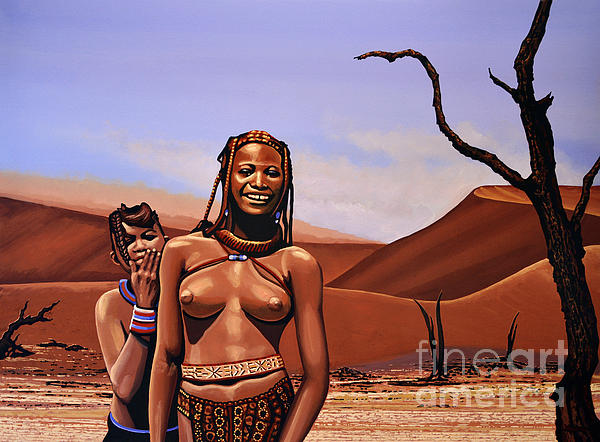 Queen duvet cover (88" x 88") featuring the image "Himba Girls Of Namibia" by Paul Meijering. Our soft microfiber duvet covers are hand sewn and include a hidden zipper for easy washing and assembly. Your selected image is printed on the top surface with a soft white surface underneath. All duvet covers are machine washable with cold water and a mild detergent.

Realistic acrylic painting of Namiba, featuring two beautiful Himba girls in front of the Majestic red dunes of the Namib Desert, painted by the... more

Reminds me to renew my subscription to National Geographic! Well done, Paul.

Thank you very much, Don, for your compliment!;-)

You really have a flair for taking us to different places, and showing us different cultures. Thank you for that.

Thank you so much, Jaqueline, for your compliment, support and the feature in your wonderful group!!;-)

Thank you very much, Eberhard!!;-)

Realistic acrylic painting of Namiba, featuring two beautiful Himba girls in front of the Majestic red dunes of the Namib Desert, painted by the Dutch fine artist Paul Meijering - the Original painting is 90 x 120 cm and for sale The Himba (singular: OmuHimba, plural: OvaHimba) are indigenous peoples with an estimated population of about 50,000 people living in northern Namibia, in the Kunene region (formerly Kaokoland) and on the other side of the Kunene River in Angola. There are also a few groups left of the Ovatwa, who are also OvaHimba, but are hunters and gatherers. The OvaHimba are a semi-nomadic, pastoral people, culturally distinguishable from the Herero people in northern Namibia and southern Angola, and speak OtjiHimba (a Herero language dialect), which belongs to the language family of the Bantu. The OvaHimba are considered the last (semi-) nomadic people of Namibia.