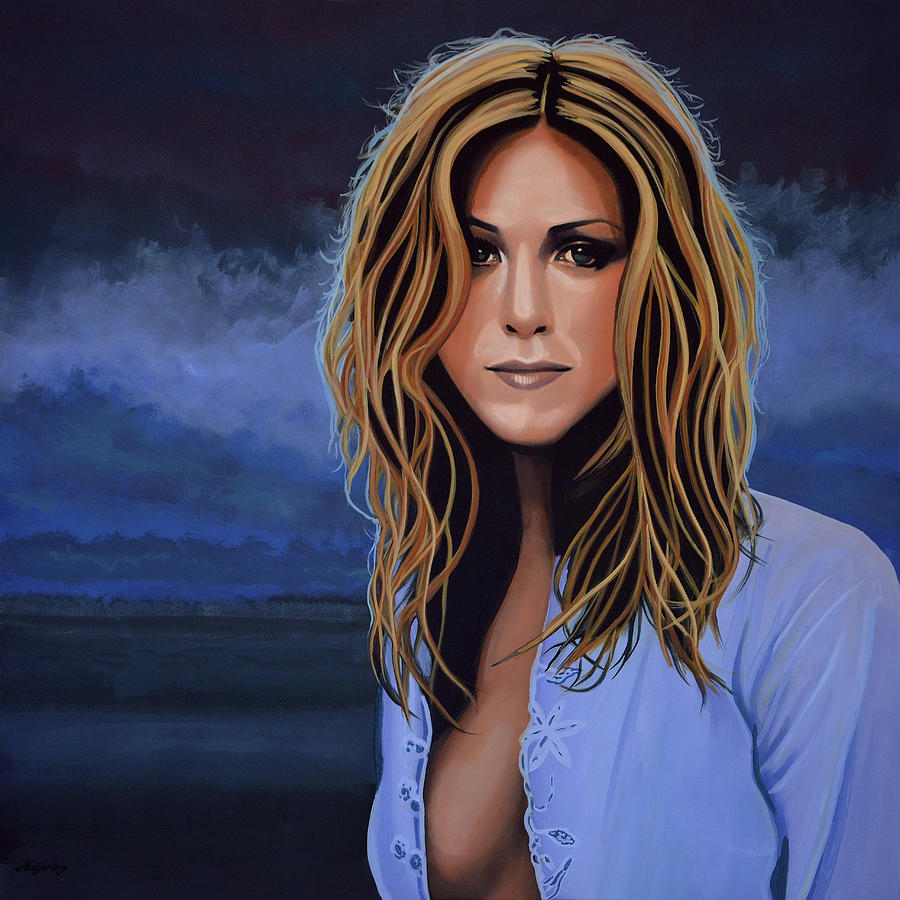 Jennifer Joanna Aniston (born February 11, 1969) is an American actress, producer, and businesswoman. The daughter of Greek actor John Aniston and American actress Nancy Dow, Aniston gained worldwide recognition for portraying Rachel Green on the popular television sitcom Friends (1994�2004), a role which earned her a Primetime Emmy Award, a Golden Globe Award, and a Screen Actors Guild Award. The character was widely popular during the airing of the series and became recognized as one of the 100 greatest female characters in United States television.

Aniston has played the female protagonist in a number of comedies and romantic comedies. Her box office hits include Bruce Almighty (2003), The Break-Up (2006), Marley & Me (2008), Just Go with It (2011), Horrible Bosses (2011), and We're the Millers (2013), each of which have grossed over US$200 million in worldwide receipts. Her most critically acclaimed roles were in The Good Girl (2002), for which she was nominated for an Independent Spirit Award for Best Female Lead, and the drama Cake (2014), for which she received nominations for the Golden Globe Award and the Screen Actors Guild Award for Best Actress. Her other films include Along Came Polly (2004) and He's Just Not That Into You (2009). In 2008, she co-founded the production company Echo Films.

Congratulations, your beautiful artistic work is Featured on the home page of the "Bedroom Art Gallery" group. 11/22/20 l/f/pin

One of your peers nominated this image in the 1000 views Groups nominated images by your fellow artist in the Special Features #16 promotion discussion. Please visit and pass on the love to another artist.....L/F/Tw

Congratulations! Your fabulous artwork has been featured in Pretty in Pink Blue and Purple! Please add it, if you wish, to our featured art threads. Thank you for your submission. l/f

Congratulations on the successful sale!!!

I, too, love this. Jennifer Aniston is beautiful, and your composition adds mystery and mischief!

Congratulations on your Feature in Art Salon 2. Beautiful!! F/L

A magnificent Portrait of my favourite actress! L

This is amazing work. l/v/f

Thank you so much, Kathleen!;-)

Thank you so much, Anne!