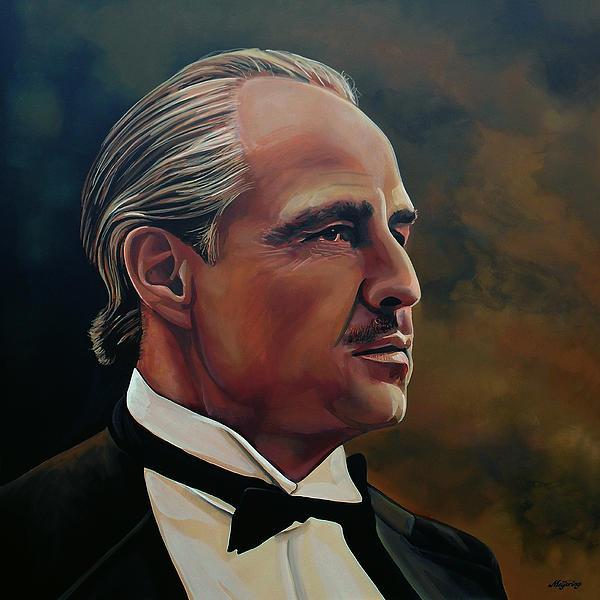 Congratulations on your sale!!!!

Paul...great rendering of this iconic figure as seen in 500 views. L+

Thank you, Anne, for your kind words!;-)

Thanks so much, Caroline!;-)

Such an excellent work!!! l/f

Thank you so much, Ioanna, for your lovely compliment!!;-)

Thank you so much, Stephanie!;-)

Thank you so much, Bobby!

Realistic acrylic painting by the Dutch fine artist Paul Meijering of the American actor Marlon Brando - The Original painting is 90 x 90 cm and SOLD A cultural icon, Brando is most famous for his Oscar-winning performances as Terry Malloy in On the Waterfront (1954) and Vito Corleone in The Godfather (1972), as well as influential performances in A Streetcar Named Desire (1951), Viva Zapata! (1952), Julius Caesar (1953), The Wild One (1953), Reflections in a Golden Eye (1967), Last Tango in Paris (1972) and Apocalypse Now (1979). Brando was also an activist, supporting many causes, notably the African-American Civil Rights Movement and various American Indian Movements.