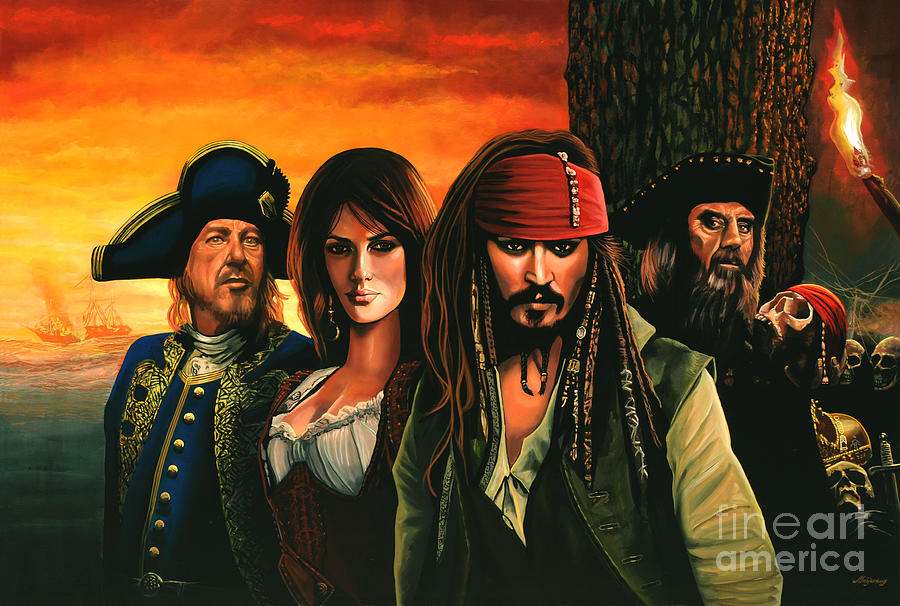 Pirates of the Caribbean

Pirates of the Caribbean

Pirates of the Caribbean is a series of fantasy swashbuckler films produced by Jerry Bruckheimer and based on Walt Disney's theme park ride of the same name. Directors of the series include Gore Verbinski (1-3), Rob Marshall(4), and Joachim Ronning and Espen Sandberg (5). The series was most notably written by Ted Elliott and Terry Rossio (1-4); other writers include Stuart Beattie (1), Jay Wolpert (1), and Jeff Nathanson (5). The stories followed the adventures of Captain Jack Sparrow (Johnny Depp), Hector Barbossa (Geoffrey Rush), Joshamee Gibbs (Kevin McNally). The first three films focused on Will Turner (Orlando Bloom), and Elizabeth Swann (Keira Knightley), the fourth film featured Philip Swift (Sam Claflin) and Syrena (Astrid Berges-Frisbey), while the fifth film will feature Henry (Brenton Thwaites) and Carina Smyth (Kaya Scodelario) The films take place in a fictional historical setting; a world ruled largely by alternative versions of the British Empire, the East India Company and the Spanish Empire, with pirates representing freedom from the ruling powers.