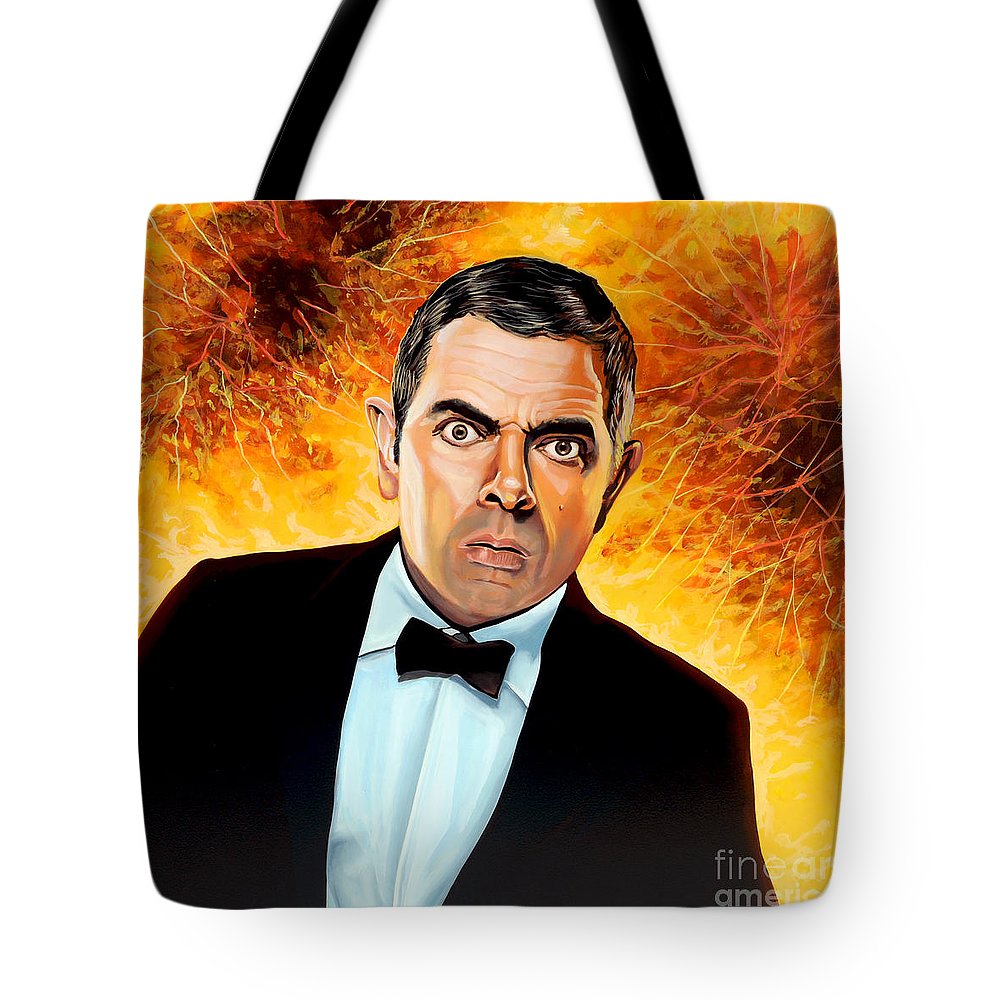 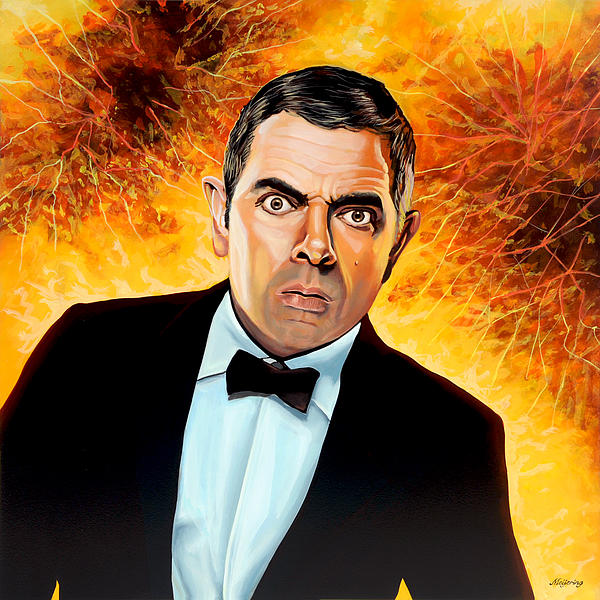 Purchase a tote bag featuring the painting "Rowan Atkinson alias Johnny English" by Paul Meijering.   Our tote bags are made from soft, durable, poly-poplin fabric and include a 1" black strap for easy carrying on your shoulder.   All seams are double-stitched for added durability.   Each tote bag is machine-washable in cold water and is printed on both sides using the same image.

Rowan Atkinson alias Johnny English - realistic acrylic painting by the Dutch fine artist Paul Meijering - The Original painting is 90 x 90 cm and for sale Rowan Sebastian Atkinson, CBE (born 6 January 1955) is an English actor, comedian, and screenwriter best known for his work on the sitcoms Blackadder and Mr. Bean. Atkinson first came to prominence in the sketch comedy show Not the Nine O'Clock News (1979-82), and via his participation in The Secret Policeman's Ball from 1979. His other work includes the Bond movie Never Say Never Again and the sitcom The Thin Blue Line (1995-1996). He was listed in The Observer as one of the 50 funniest actors in British comedy, and amongst the top 50 comedians ever, in a 2005 poll of fellow comedians. He has also had cinematic success with his performances in the Mr. Bean movie adaptations Bean and Mr. Bean's Holiday, and also in Johnny English (2003) and its sequel Johnny English Reborn (2011).