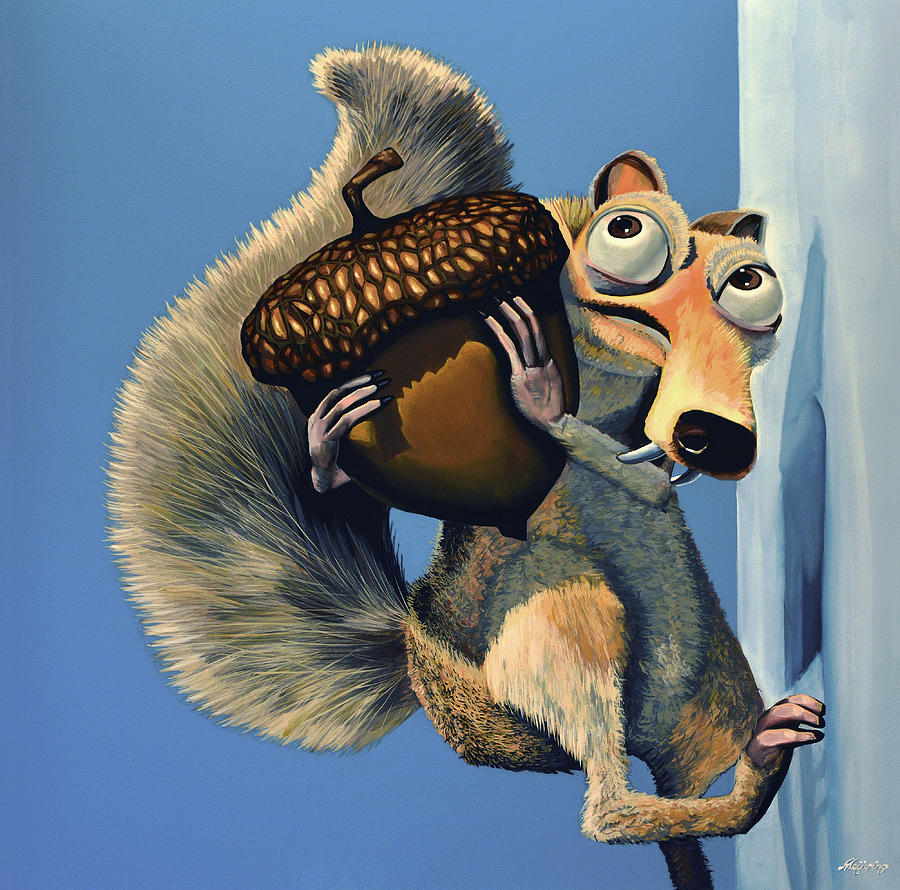 Scrat is a sabre-toothed squirrel who is obsessed with collecting acorns, constantly putting his life in danger to obtain and defend them. He has his own stories in the film which mostly independent of those of the main characters, though the two do intersect at times.
In a special feature in the second film's DVD, his name has been stated to be a mix of the words "squirrel" and "rat", his species allegedly believed to have been a common ancestor of both. In the Ice Age DVD commentary, he is referred to as "The Scrat" by directors Chris Wedge and Carlos Saldanha.

Ice Age is a 2002 American computer-animated buddy comedy road film directed by Chris Wedge from a story by Michael J. Wilson. It was produced by Blue Sky Studios and distributed by 20th Century Fox. The film features the voices of Ray Romano, John Leguizamo, Denis Leary and Chris Wedge. It shows a group of prehistoric animals returning a human baby to his family in the time when the Earth was being flooded with glaciers.
This film was met with mostly positive reviews and was nominated at the 75th Academy Awards for Best Animated Feature. It was a box office success by grossing over $383 million, starting the Ice Age franchise. It was followed by four sequels, Ice Age: The Meltdown in 2006, Ice Age: Dawn of the Dinosaurs in 2009, Ice Age: Continental Drift in 2012, and Ice Age: Collision Course in 2016.

Adorable work - my favorite character from Ice Age. I, too, have painted this little guy! Congrats on your features!

this is cute. L

Nice work... my favorite character from Ice Age. I have done a few rock paintings of him myself!

Hey were you evolved with the art work ice age

Congratulations on your sale today!!!

Congratulations Paul Meijering on your feature in Square Art World

Congratulations! Your creative art is now featured in the "BLUE" group! - Pamela.

Thank you so very much, Pamela, for the support and the feature in your wonderful group!;-)...

this is great! cute and well done. L