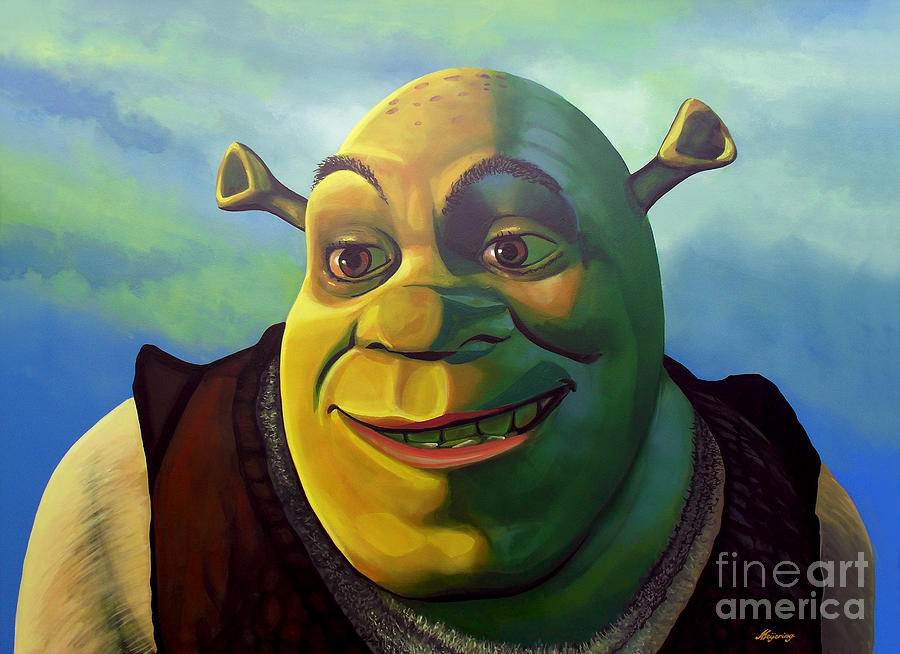 Shrek is a fictional ogre character created by American author William Steig. Shrek is the protagonist of the book of the same name and of eponymous films by DreamWorks Animation. The name "Shrek" is derived from the German word, Schreck, meaning "fright" or "terror". Shrek is voiced by Mike Myers, although it was planned for him to be voiced by Chris Farley before his death in December 1997, and played by Brian d'Arcy James in the musical.
On May 21, 2010, Shrek received a star on the Hollywood Walk of Fame in Los Angeles. In June 2010, Entertainment Weekly named him one of the "100 Greatest Characters of the Last 20 Years", placing 15th.