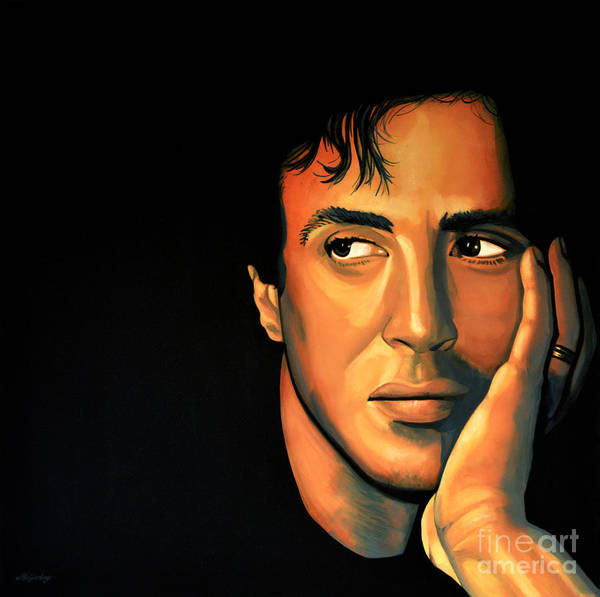 Sylvester Stallone poster by Paul Meijering.   Our posters are produced on acid-free papers using archival inks to guarantee that they last a lifetime without fading or loss of color. All posters include a 1" white border around the image to allow for future framing and matting, if desired.

Thank you so much, Chrisann, for the feature and compliments!;-))

Hello Sir Paul ! I am honored to feature your art creations in our group Portraits. Sylvester Stallone is my preferred US Artist in last 35 years. Rocky I was first movie where I saw Stallone first time.

Thank you so much, Sir, for the feature in your wonderful group!

Thank you so much, Rebecca, for the feature and compliments!;-))

Sylvester Stallone - realistic acrylic painting by the Dutch fine artist Paul Meijering - the Original painting is 90 x 90 cm and for sale Sylvester Gardenzio Stallone (born July 6, 1946) is an American actor, screenwriter, producer, and director. He is well known for his Hollywood action roles, including boxer Rocky Balboa, the title character of the Rocky series' seven films from 1976 to 2015; soldier John Rambo from the four Rambo films, released between 1982 and 2008; and Barney Ross in the three The Expendables films from 2010 to 2014. He wrote or co-wrote most of the 14 films in all three franchises, and directed many of the films. Stallone's film Rocky was inducted into the National Film Registry as well as having its film props placed in the Smithsonian Museum. Stallone's use of the front entrance to the Philadelphia Museum of Art in the Rocky series led the area to be nicknamed the Rocky Steps. Philadelphia has a statue of his Rocky character placed permanently near the museu...