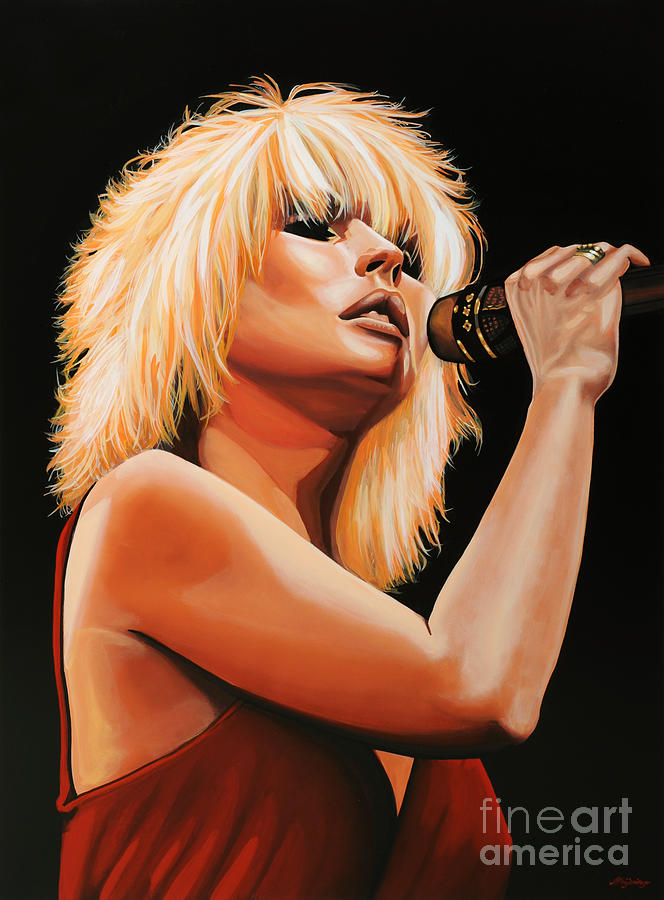 Deborah Harry of Blondie - Realistic acrylic painting of the American singer-songwriter and actress Deborah Harry, painted by the Dutch fine artist Paul Meijering - The Original painting is 120 x 90 cm and for sale

Deborah Ann "Debbie" Harry (born July 1, 1945) is an American singer-songwriter and actress, best known as the lead singer of the new wave and punk rock band Blondie. She recorded several worldwide number one singles with Blondie during the 1970s and 1980s. She is sometimes considered the first rapper to chart at number one in the United States due to her work on "Rapture". She has also had success (mainly in Europe) as a solo artist before reforming Blondie in the late 1990s. Her acting career spans over thirty film roles and numerous television appearances.

Blondie is an American rock band founded by singer Debbie Harry and guitarist Chris Stein. The band was a pioneer in the early American new wave and punk scenes of the mid-late 1970s. Its first two albums contained strong elements of these genres, and although successful in the United Kingdom and Australia, Blondie was regarded as an underground band in the United States until the release of Parallel Lines in 1978. Over the next three years, the band achieved several hit singles including "Call Me", "Atomic" and "Heart of Glass" and became noted for its eclectic mix of musical styles incorporating elements of disco, pop, rap, and reggae, while retaining a basic style as a new wave band.

💖💖💖 Congratulations on your recent sale of this amazing Work!💖💖💖

That is a very good painting of Deborah Harry

Congratulations on your feature in Black Background and Color.

Congratulations on your sale!!!!

Congrats on your sale.

Stunning portrait! Well done and congrats on your sale!

Cool portrait! Congrats on your sale!