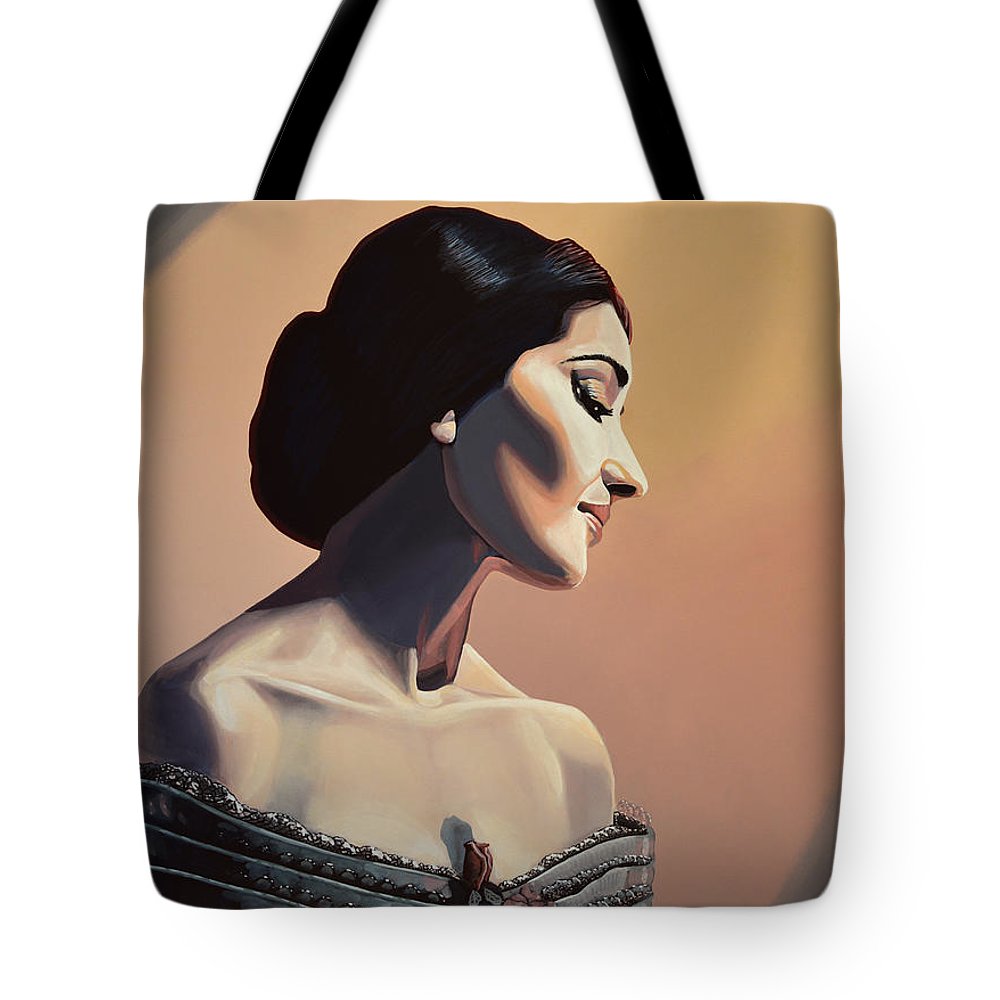 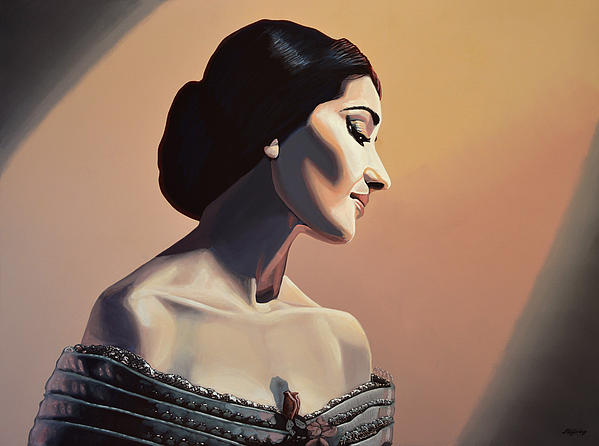 Our tote bags are made from soft, durable, poly-poplin fabric and include a 1" black strap for easy carrying on your shoulder.   All seams are double-stitched for added durability.   Each tote bag is machine-washable in cold water and is printed on both sides using the same image.

Realistic acrylic painting by the Dutch fine artist Paul Meijering of the American-born Greek soprano and one of the most renowned and influential... more

The treatment of light & shadow make this portrait even more powerful.

CONGRATULATIONS Paul, I have chosen this excellent special image to be "SHOWCASED" at the top of the Home Page in the "Bedroom Art Gallery" group. 9/28/20 - 10/11/20. L/F/PIN loved her voice and style!

Congratulations on being featured in the FAA Group 'Promote Your Work Here and Get Noticed.' To ensure your feature remains available over time, post your featured image(s) in the Group's featured image archive (l/f and pinned, www.pinterest.ca/tendrelimages/00-promote-your-work-here-get-noticed/)

One of your peers nominated this image in the 1000 views Groups nominated images by your fellow artist in the Special Features #2 promotion discussion. Please visit and pass on the love to another artist. https://fineartamerica.com/groups/1000-views-on-1-image.html?showmessage=true&messageid=2783458

Thank you so much, Christopher, for all your support and the features in your group!!;-))

Congratulations Paul, on being chosen to be featured on The Gallery of Interior Design this week. Beautiful, contemporary portrait! L+F

Thank you so much, Shirley, for all your support,compliments and the feature in your wonderful group!!;-))

So many Great works, thanks Paul!!

Congrats on your sale! Beautiful work!

Thank you so much, Fiona, for your compliment!!;-))

Thank you so much, Robyn, for your compliments, support and the feature in your wonderful group!!;-))

Thank you so much, Mariola, for your compliments, support and the feature in your fantastic group!!;-))

Thanks so much, Ralf, for your compliment!!;-))

Thank you so much, Maria for your compliment and vote!!;-))