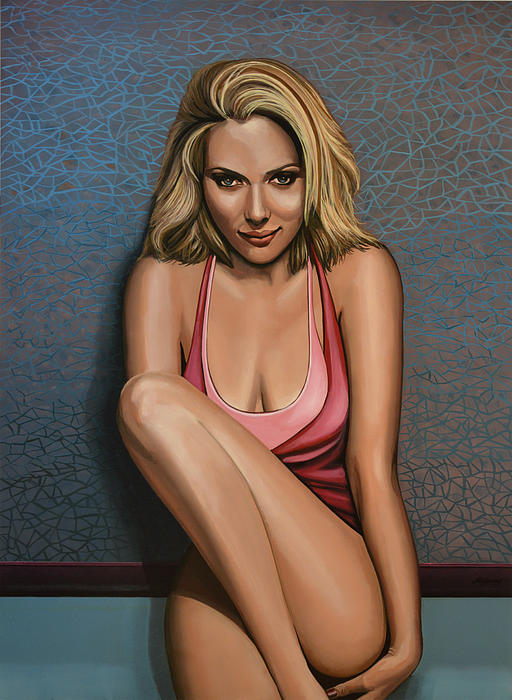 Congratulations, your beautiful artistic work is Featured on the home page of the "Bedroom Art Gallery" group. 7/20/20 l/f/pin

Thank you so much, Lyric, for the feature in your group and your kind words!!;-))

Thank you so much, Robyn, for the feature in your group and all your support!!;-))

Thank you so much, David, for the feature in your creative group and all your support!!;-))

Thank you so much, Pedro, for the feature in your group and your kind words!!;-))

Thank you very much, Michael!;-)

Of course your flawless Scarlett has made it to the She Has Style homepage! I'm so honored to have so much of your work in this group! L

Ooh!! Thank you so much, P J, for having so much work in your amazing group! Makes me so happy!!;-))

Scarlett Johansson - realistic acrylic painting by the Dutch fine artist Paul Meijering of the American actress, model, and singer Scarlett Johansson - The Original painting is 120 x 90 cm and for sale Scarlett Johansson (born November 22, 1984) is an American actress, model, and singer. She made her film debut in North (1994). Johansson subsequently starred in Manny & Lo in 1996, and garnered further acclaim and prominence with roles in The Horse Whisperer (1998) and Ghost World (2001). She shifted to adult roles with her performances in Girl with a Pearl Earring (2003) and Sofia Coppola's Lost in Translation (2003), for which she won a BAFTA award for Best Actress in a Leading Role.