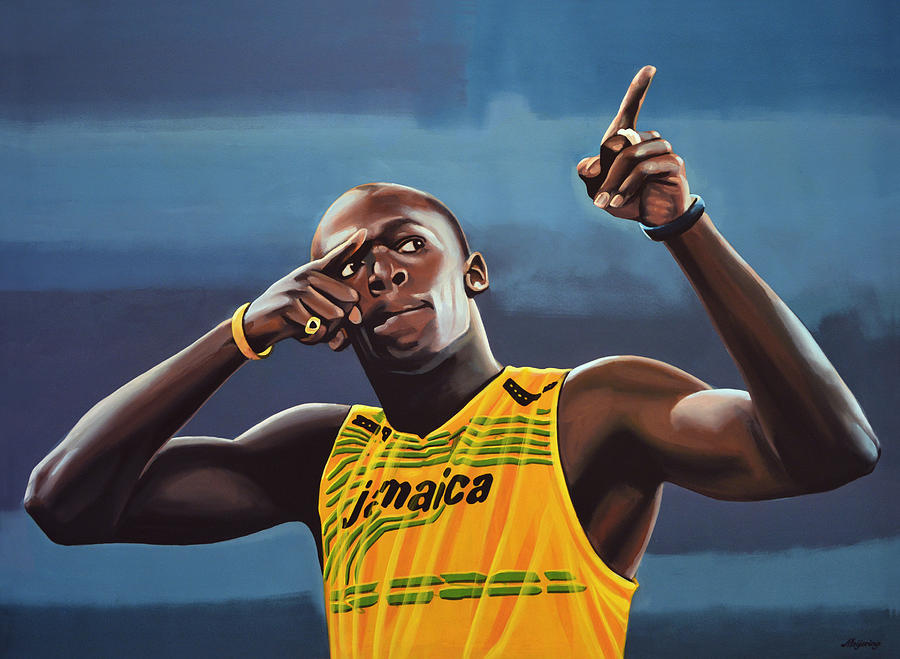 Usain St. Leo Bolt, OJ, CD ( born 21 August 1986), is a Jamaican sprinter. Regarded as the fastest person ever since Leonidas of Rhodes, he is the first man to hold both the 100 metres and 200 metres world records since fully automatic time measurements became mandatory in 1977. Along with his teammates, he also set the world record in the 4￿00 metres relay. He is the reigning Olympic champion in these three events, the first man to win six Olympic gold medals in sprinting, and an eight-time World champion. He was the first to achieve a "double double" by winning 100 m and 200 m titles at consecutive Olympics (2008 and 2012),[14] and topped this through the first "double triple" (including 4￿00 m relays).

Very cool, Congratulations on your sale!

Congratulations on being featured in ART IN MOTION Group in August 2016!

Thank you so much, Ksenia, for all your support and the feature in your moving group!!;-))...

Surprise & Congratulations!! Your photo has been featured on The Art Shoppe Cafe group homepage! Thank you for sharing your beautiful work with us! F/L 12.13.15

Thank you so very much, Jaqueline, for your compliment, support and the feature in your fantastic group!!;-))...

Thank you so very much, Robyn, for your compliment, support and the feature in your amazing group!!;-))...

Congratulations for the feature of your image on the homepage of Greeting Cards For All Occasions 08-23-15!!

Thank you so very much,Jean, for your support and the feature in your wonderful group!!;-))

Congrats! Love all your work. If you have time check out my site

Paul, you captured such focus in this portrait, excellent work !! v/L

Thank you so much, Lou, for your kind comment!;-)

Man! This is a great artwork! We have a cheetah named after Usain Bolt in Kenya! he adopted when he visited Nairobi National park.

Wow, how fantastic!! Love Cheetahs... and Usain, knowing this, even more!;-) I would really love to visit Kenya and the wildlife sometime!!;-) Thank you, Anthony, for your compliments and sharing this "Usain story" with me!;-) Warm Greetings